Seeking a now that can breed futures

Essay by Sunil Shah, curator of A Laboratory for Survival

The title above is taken from Audre Lorde’s poem, A Litany for Survival. The poem addresses the challenge of being persecuted as one that must be accepted but faced courageously nevertheless.

Today, as social and political uncertainty weighs us down one approach to struggle may be to at least find some agency, or a space in which to act. In such times, to act is to promote change and avoid stasis. This exhibition, A Laboratory for Survival, is to be thought of as a place in which one might find the strength to act and – by considering self-care and reflection – seek resilience in light of the difficult predicaments of modern life.

As curator of this exhibition, the conversations with artists Cole Ndelu and Dimple Shah began at the outset of their ROSL International Residency, here at the Art House. Both artists had come to Wakefield for the first time, in Cole’s case from Johannesburg, South Africa, and in Dimple’s, Bangalore, India. Neither knew what they would find and how things might develop. Cole’s background was that of a photographer, Dimple’s that of a printmaker and performance artist, and so both were coming from different artistic interests as well as different cultural circumstances. As a curator however, one is often compelled to find affinities, congruencies and points of intersection that might form the seed of a conceptual framing.

Until starting this residency, Cole’s photographic practice was based on portraiture. Largely studio-based and like many photographers, she drew upon a close network of friends to work with. Central to the creation of portraits was an intimacy that was nurtured with her sitters. The most successful images for her were as much about adhering to the relationship reaching a moment of resonance as it was about the formal qualities of photographic image making. For Cole, the portrait image was about representation of the light, love and aura of the individual, the photographic frame and its creation offering a much-needed alternative to the detached, objectivity of the documentary style which pervades the representation of African peoples around the world. For Cole, the studio was as a site of reclaiming that image and ownership of its visibility, on her terms.

Dimple’s approach to making art is very much tied to nature and the organic qualities of natural ingredients used in cooking and in the promotion of health and well-being. Indian medicinal techniques such Ayurveda are evoked in her work as well as aspects of South-Asian cultures, folklore and spiritualism. She sees her practice as a form of alchemy where something magic and valuable is created from everyday materials which are most often overlooked for their ability to heal and vitalise. The artist uses these quotidian substances partly as raw materials to work with or as part of rituals she performs in public, inviting one-to-one interactions, taking shamanic form and offering possibilities for transformation through carefully enacted ceremonies. Dimple brings aspects of Indian culture into the production and presentation of her art, less as an aesthetic or formalist statement but more of an evocation of the relationship we have with nature and the earth. A key consideration for her is to respect nature as the giver of life, a place where we all ultimately return and to honour that relationship as sacred.

What became to clear to me was that both Dimple and Cole have a strong sense of care, both for themselves and for others around them. In addition, self-care has become a growing concern in the current social and political climate where social media polarisation, the increasing sense of detachment or disembodiment from our everyday realities and connections to each other have become strained or dysfunctional. We can see the need to protect against these ‘meta-forces’ that seem to undo us. What both artists show us is that we can reattach to our real selves: in Cole’s case, through image creation despite online or physical alienation; in Dimple’s case, through re-inserting ourselves into nature and drawing from her to reconnect with the earth, with our origin and with our spirituality.

I do not come to this curatorial project as an expert in the field of care. I am as much in need of self-reflection and care as any of us and I’ve found my involvement in this project to have been hugely valuable in considering my own health and wellbeing. In addition to this, working with two artists from different parts of the world, and having an interest in re-mapping how we perceive and relate to artists across cultural geographies, there has been a need to unlearn what I think I know about curatorial convention and modernist, formal assumptions around display. As much as has been possible, there has been an effort to deeply honour the ideas of both artists. At the opening left and right side of the gallery space, both were given areas to recreate their private, production spaces – the studio, the bedroom wall, or the desk – into a laboratory-like setting, where they were able to translate their processes directly into the gallery. The importance of this is realised when we consider how profoundly both artists are embedded in the processes of their practices and when we consider the ‘final’ work for display. Often, much can get lost in the process of articulation, reducing the language of art into one of gallery standards, commodity form or audience reception. This ethos was extended into the aft spaces of the gallery where the artists could develop and refine their ideas further.

Cole, in wanting to maintain agency around portraiture, extended her work, not only beyond the photographic plane of two dimensions but also discarded the frame – a powerful gesture alluding to revocation of the medium’s traditions – in favour of a shrine-like installation as homage to her photographic encounter. Dimple, in seeking to adopt a strategy, in her words, of being ‘maximalist’ as opposed to minimalist, again refuses the conventions of ‘modern’ formality as far as possible, to present framing devices and a volume of work that represents her productivity and the interrelated nature of her work across, public performance, gathering and collecting, printmaking, text and materials.

As can be seen in the gallery, this is an exhibition of work which plays with conventional thinking and allows the artists to stage themselves. A Laboratory for Survival is an experimental, gently transgressive, psychic room where the visitor is hopefully positively distracted from their everyday concerns. Through two very distinct and sensitive practices, self-reflection and care are honoured and hopefully, this may help us to find ways in which we can look after ourselves too.

Watch Dimple B. Shah and Cole Ndelu discuss their residency experience and the new work they created during their time in Wakefield. 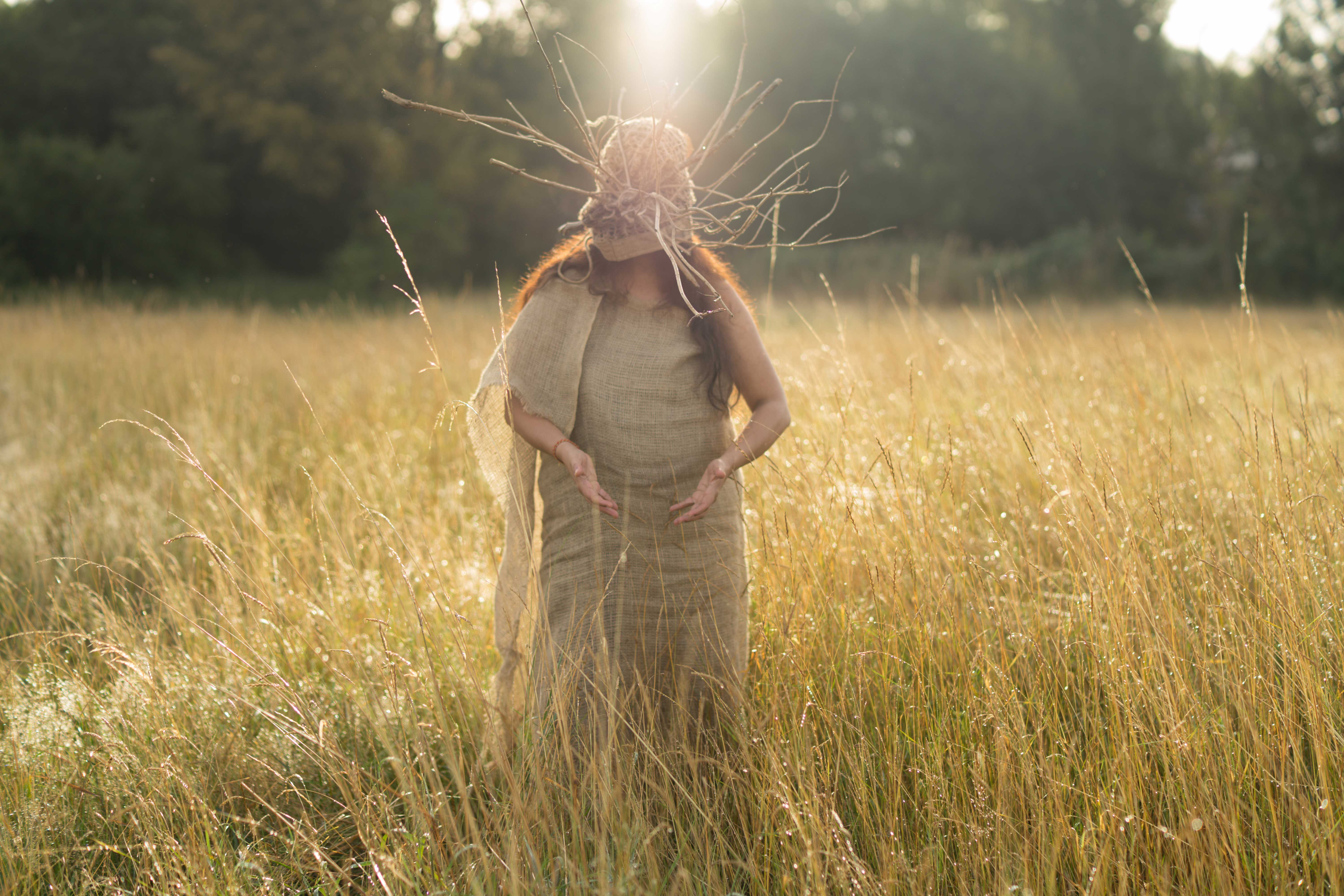