A word from Sydney Thornbury about Studio of Sanctuary

I knew when we dedicated ourselves to creating the first Studio of Sanctuary in the country that this wasn’t just another art project – this was about people’s lives. This wasn’t something we were going to do because it looked good on a funding application. This had to be a commitment that was as deep as the one we had to The Art House, and I wasn’t even sure of what it was going to entail.
I remember explaining all of this to the team and saying that even if just one of them felt reservations, then that was ok, and we wouldn’t do the programme. I’ve always thought it was a great testament to the calibre of our team that no one said no.

We started Studio of Sanctuary because Wakefield is home to Urban House, one of the government’s initial accommodation centres – places where people who claim asylum when they come into the UK are sent to live if they don’t have any other means of support. People stay in these centres for a minimum of 12 weeks (usually longer) while they wait to find out if the UK will process their application for asylum. It’s a very stressful and traumatic time for people.

I knew when we dedicated ourselves to creating the first Studio of Sanctuary in the country that this wasn’t just another art project – this was about people’s lives.

It hadn’t really occurred to us that some of the people seeking asylum would be artists and creatives. But once we realised, it seemed so obvious. Artists have a tradition of using their work to resist oppression, push boundaries or to reflect society back to itself. Of course, they would be targeted by restrictive governments or be fleeing from wars.

It made sense to start with what we knew – how to support artists. So, the first strand of Studio of Sanctuary was to provide free studio space, materials, professional development support and pastoral care for artists who were coming through Urban House. We wanted to help artists rebuild their portfolios and make connections so that when they hopefully get their residency they could transition straight into working in the UK creative industries. Mohamad Barrangi, who we helped nurture for the last 4 years and whose work is now in the British Museum, the Royal Collection and the Los Angeles Museum of Art, has been a wonderful example of the type of talent that the UK creative sector now benefits from as a result of our Studio of Sanctuary programme. 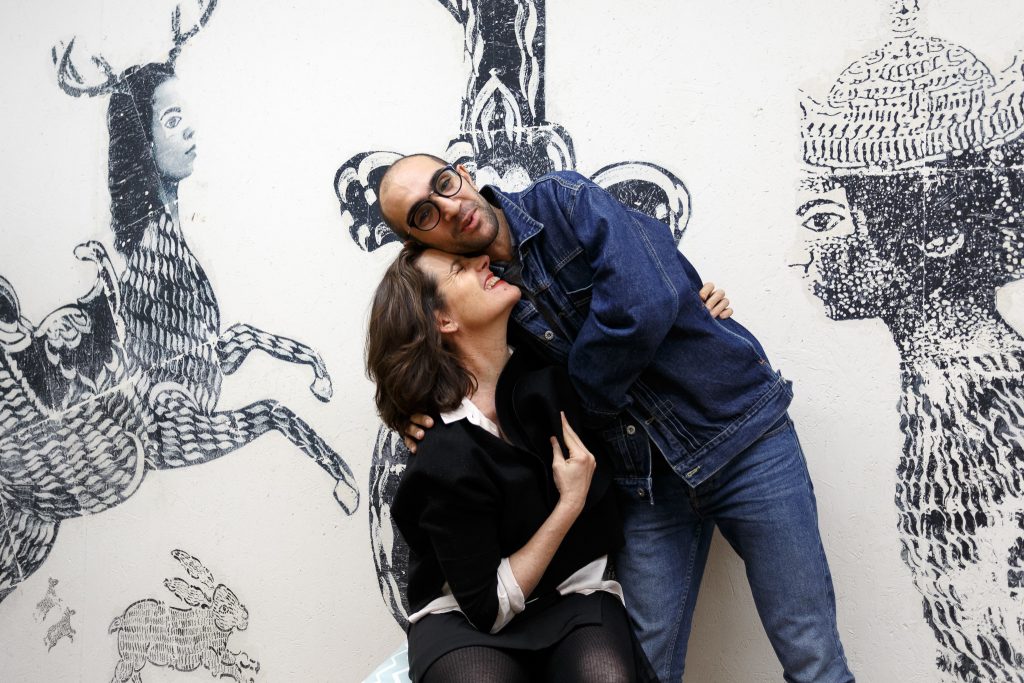 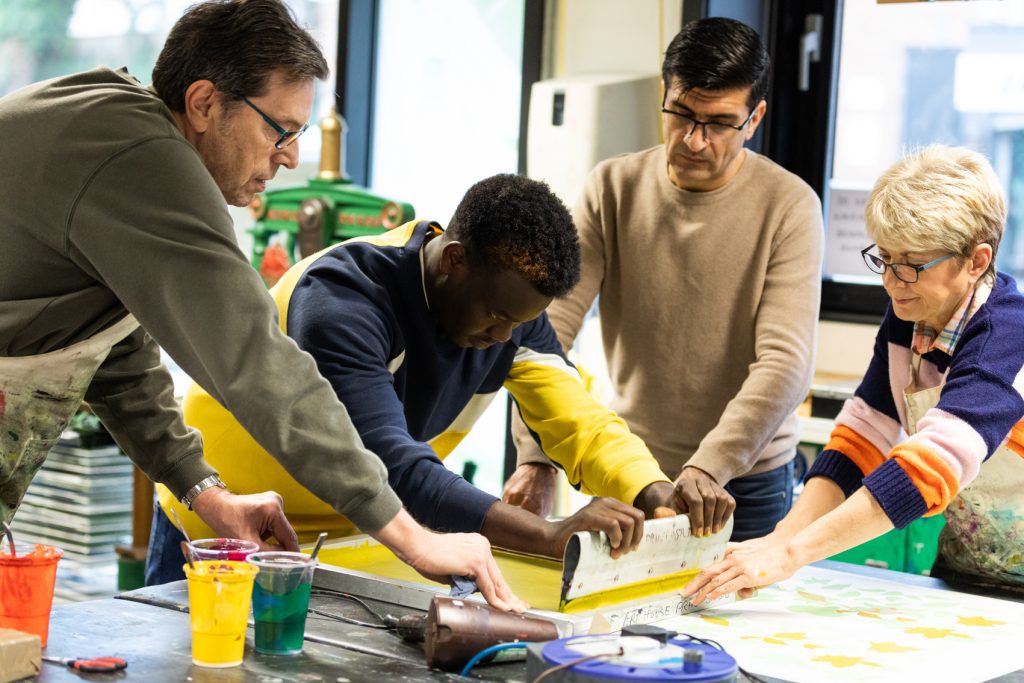 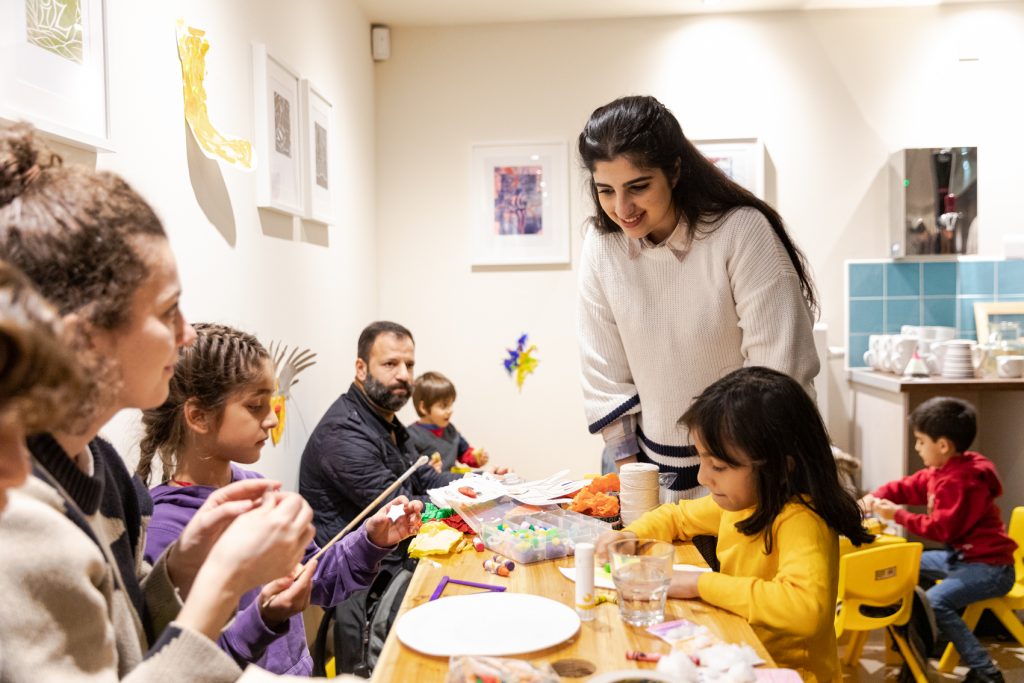 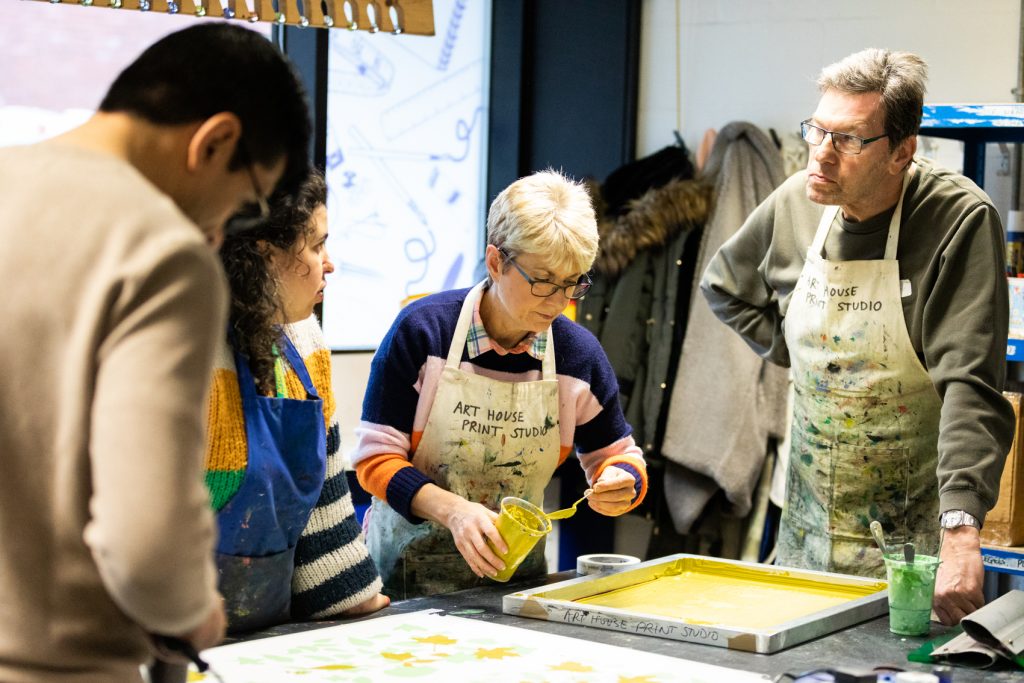 But The Art House’s normal work isn’t just about studios and residencies. We know that the power of creativity extends far beyond that. In 2018 we developed a second strand of the Studio of Sanctuary, which is about using art and creativity to bring asylum seekers and refugees together with local people in order to build understanding, relationships and community cohesion. This is incredibly important in a place like Wakefield, which is still 93% white and sadly is home to a strong nationalist and anti-immigrant movement. Our Studio of Sanctuary community strand is multi-faceted and includes print and ceramics workshops, Talk and Draw creative conversation sessions, drop in events or even just coffee and a visit to the gallery. These are simple things but create profound impact.

It’s easy to stigmatise a faceless group. But when you sit down to collaborate and create with someone, they become a person like you and it’s not so easy to ignore your shared humanity.

I remember one young man in his early 20’s from Castleford saying after his print workshop that he had grown up in a place where people didn’t speak very kindly about asylum seekers, but that it had been really nice getting to know people’s stories and why they came. It’s easy to stigmatise a faceless group. But when you sit down to collaborate and create with someone, they become a person like you and it’s not so easy to ignore your shared humanity. Studio of Sanctuary creates a space for that to happen. We don’t force it, we just provide the space and opportunity for people to come together and create. Then we watch, support and sometimes marvel at what happens. 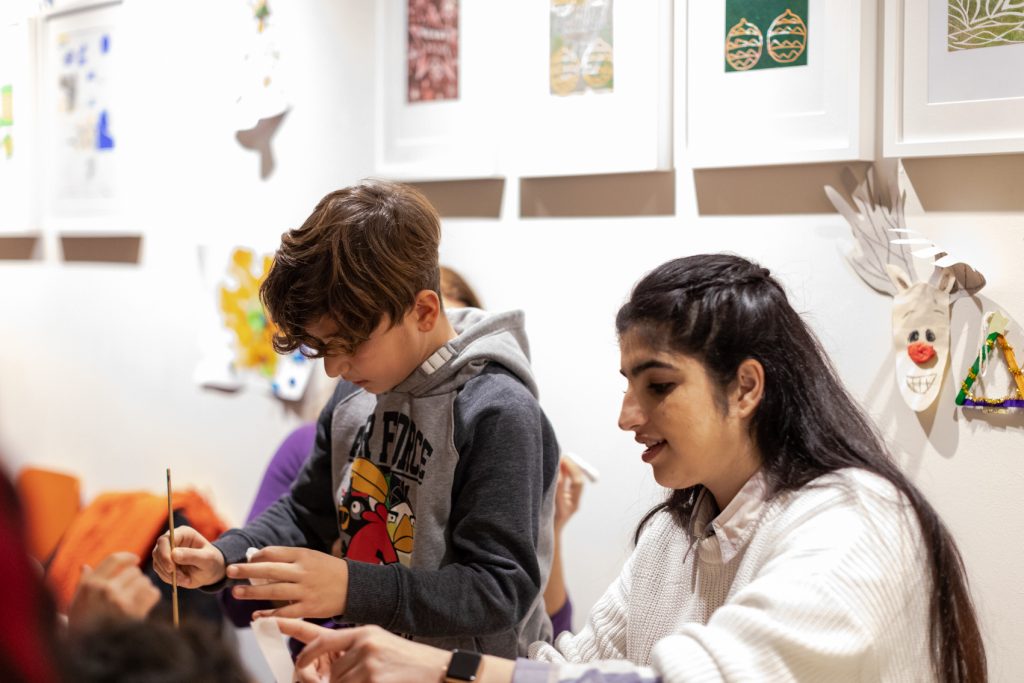 Studio of Sanctuary has made The Art House a home. Although we set out to help others, the fact is that we have been enriched by this programme in ways that we never could have imagined. This doesn’t mean it hasn’t been without its stresses. We have been in detention centres fighting for artists to be released, held people in our arms while they sobbed with homesickness, and breathed in sighs of relief when our lawyers called us with the news that a beloved Studio of Sanctuary artist had been taken off a deportation flight hours before it left. In many ways, Studio of Sanctuary is the hardest work we do. But for me it is also the most rewarding. The five-year-old twins who come twice a month as part of our creative workshops for Afghani families airlifted out of Kabul now greet me speaking English and often in fits of smiles and giggles. At an exhibition of work by the Talk and Draw group last Artwalk, a family of three each showed me their beautiful drawings and beamed with pride. And it’s not unusual to walk into The Art House on a Thursday and be greeted with five different languages and a spontaneous drumming session.

At the root of all this, is the profound role that creativity plays in our lives and the power it has to link us together in shared humanity to offer light and hope even in the darkest of times. I was particularly reminded of this recently when meeting a Kurdish couple who are documentary film makers and had to flee Iran with their son. They had been forbidden by the government for years from making their work and were now in great danger. I was asking what we could do to help – did they need laywers, clothes, doctors? They asked me for one thing – could they create a Kurdish Film Festival in Wakefield while they were here? I smiled. Artists.

Studio of Sanctuary is a core part of The Art House now, and long may it be. And may I be the first to invite you to Wakefield’s inaugural Kurdish Film Festival on the 29th-30th July. 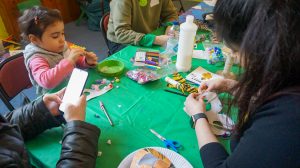 Hot off the Press

Keeping you up to date with press announcements, programme news and the latest from the team. 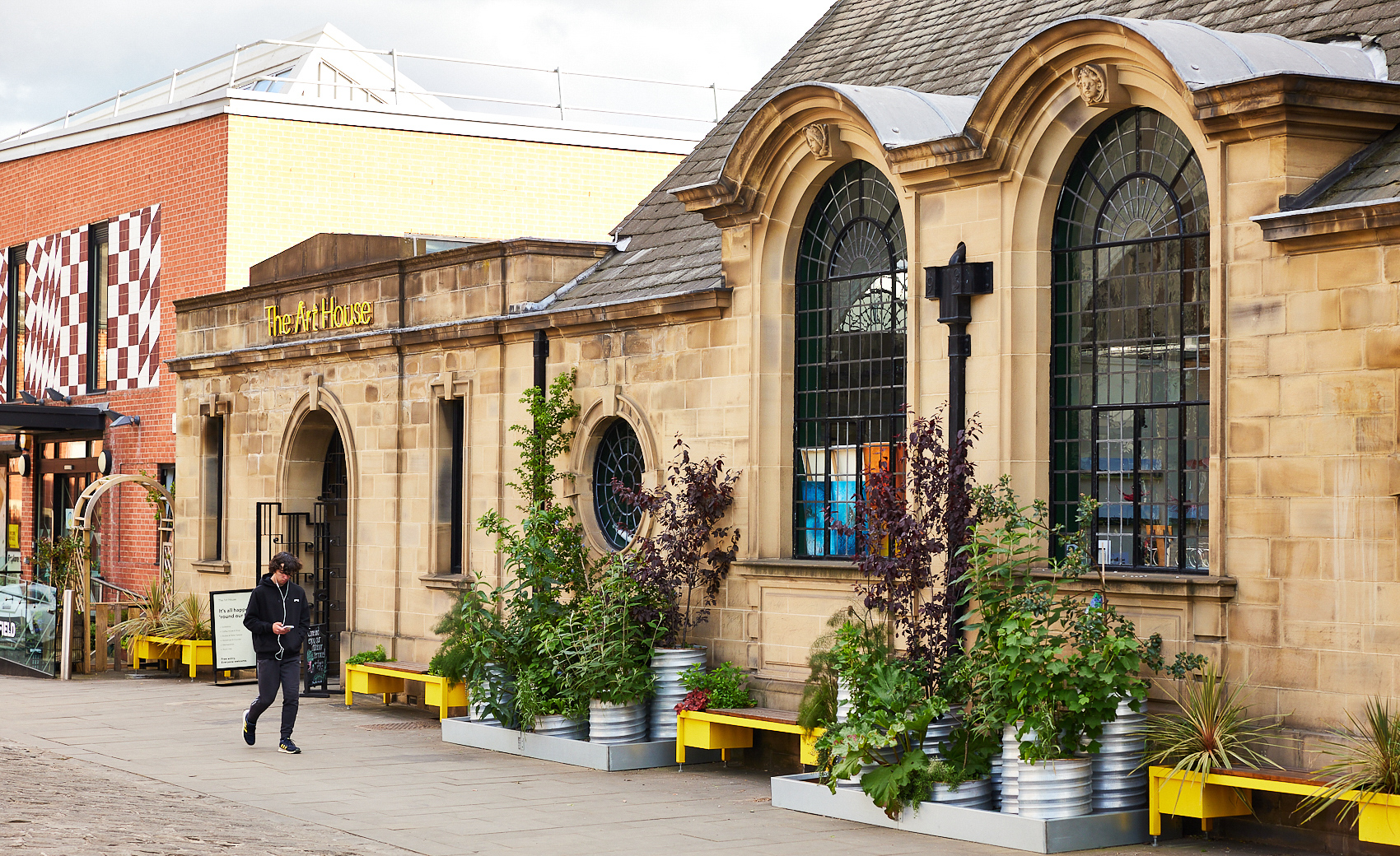